Aims: To demonstrate long-term safety and local tolerability and evaluate efficacy of a depot buprenorphine subcutaneous injection (CAM2038) in adults with moderate-to-severe opioid use disorder (OUD). Weekly and monthly buprenorphine depots may improve treatment adherence and outcomes and minimise risk of diversion and misuse compared with daily medications.

Methods: This multi-national open-label, flexible-dosing study, conducted in Europe, North America and Australia, enrolled consenting patients either seeking or currently in OUD treatment, to individualised outpatient treatment with CAM2038. The study included screening, 48-weeks of treatment and 4 weeks of follow-up. Safety and local tolerability, urinalysis, self-report of drug use, craving, withdrawal and other outcome measures were collected.

Results: A total of 227 patients were enrolled and commenced treatment with CAM2038, of whom 73.6% completed the 48-week study treatment period.  Overall, 63.0% experienced a treatment emergent adverse event (TEAE), mostly mild to moderate intensity. Of serious TEAEs (5.3%), none was considered related to study drug, The safety profile of CAM2028 was generally consistent with the known safety profile of buprenorphine, except for mild to moderate injection site reactions (19.8%). Efficacy was generally maintained or improved over the study with a pronounced improvement for patients who were new to treatment. Across the study, 76% of participant assessments showed no illicit opioid use. Cravings and withdrawal were well controlled with need to use VAS<9 mm (scale: 0-100 mm), and low opiate withdrawal scores COWS<2 (scale 0-48) from Month 2 to 48.   Data from the European and Australian sites will be presented as a sub-group analysis.

Conclusions: Weekly and monthly subcutaneous buprenorphine depot injections (CAM2038) demonstrated promising safety, tolerability and continuous treatment effect across 48-weeks. The results from this Phase 3 study suggest that CAM2038 may be an effective alternative treatment for individuals with opioid dependence, with the potential of diminishing concerns about diversion, misuse, and risk of accidental ingestion by children.

John Strang is Head of Department for the Addictions academic activity of the IoPPN (Institute of Psychiatry, Psychology and Neuroscience), Kings College London, which includes conduct of diverse research studies and provision of educational activity in the Addictions. He is also Academic Lead of the Addictions CAG (Clinical Academic Group), within the KHP AHSC (King’s Health Partners Academic Health Sciences Centre). He also holds an honorary consultant appointment in the Addictions group of the South London & Maudsley (SLaM) NHS Foundation Trust, which provides treatments in the drug, alcohol and smoking cessation fields.
JS’s employer (King’s College London) has received, connected to his work, project grant support and/or honoraria and/or consultancy payments from Department of Health, NTA (National Treatment Agency), PHE (Public Health England), Home Office, NICE (National Institute for Health and Clinical Excellence), and EMCDDA (European Monitoring Centre for Drugs and Drug Addiction) as well as research grants from (last 3 years) NIHR (National Institute on Health Research), MRC (Medical Research Council) and Pilgrim Trust. He has also worked with WHO (World Health Organization), UNODC (United Nations Office on Drugs and Crime), EMCDDA, FDA (US Food and Drug Administration) and NIDA (US National Institute on Drug Abuse) and with other international government agencies. His employer (King’s College London) has registered intellectual property on an innovative buccal naloxone with which JS is involved, and JS has been named in a patent registration by a Pharma company as inventor of a potential concentrated naloxone nasal spray. JS’s employer (King’s College London) has also received, connected to his work, research grant support and/or payment of honoraria, consultancy payments and/or travelling and/or accommodation and/or conference expenses from pharmaceutical companies (including, past 3 years, Martindale, Indivior, MundiPharma, Braeburn/MedPace, Camurus) and trial medication supply from iGen and Braeburn and also discussions with various companies about medications potentially applicable in the treatment of addictions and related problems. This includes exploration of the potential for, and consideration of research trials of, improved medications with less abuse liability, longer duration of action (e.g. implant or depot formulations) and also novel non-injectable emergency medications (particularly naloxone).
JS works with the charity Action on Addiction, and with the Pilgrim Trust, and has received grant support from them. JS has previous close links with various charitable funded providers, including Lifeline (Manchester), Phoenix House, KCA UK (Kent Council on Addictions), and Clouds (Action on Addiction).
JS works (or has worked) with various drug policy organisations and advisory bodies including the UK Drug Policy Commission (UKDPC), the Society for the Study of Addiction (SSA), and the European Monitoring Centre for Drugs and Drug Addiction (EMCDDA).
For updated information see John Strang’s info on Departmental website at http://www.kcl.ac.uk/ioppn/depts/addictions/people/hod.aspx 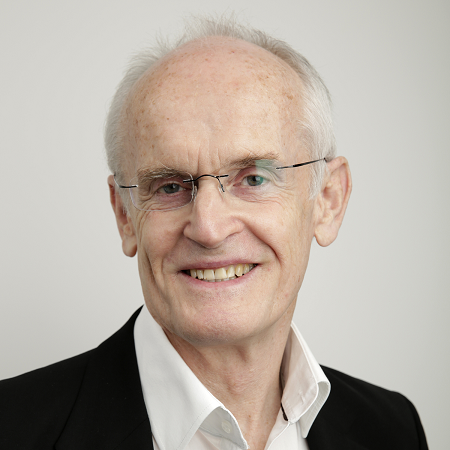 Professor of Addictions & Head of Department


Professor Sir John Strang is one of only six addictions researchers outside North America identified by ISI (the Institute for Scientific Analysis) as a “Highly Cited Author” with a rate of citation in the “top one half of one percent of all publishing researchers in the last two decades”. He has published extensively in the addictions field, with more than 500 publications, and is Head of the Addictions Department. He also has extensive experience as a Lead Clinician for a wide range of treatments in community and residential settings and has been a Consultant Psychiatrist in addictions treatment for over 30 years.