Alcohol is one of the most widely used and socially accepted psychoactive substances in the world, and its misuse was accountable for 3.3 million alcohol related deaths in the world in 2015. Whilst it is known that ethanol enhances the actions of the GABA-B receptor, the role of the stimulation of this receptor in inducing  acute and chronic effects, remains to be investigated and identified. The fruit fly, Drosophila melanogaster, offers the possibility to investigate behaviours such as preference and tolerance to alcohol, and to challenge them with pharmacological agents. In this study, the GABA-B receptor agonist (SKF 97451) and antagonist (CGP 54626) were used to challenge the development of tolerance and the onset of preference to alcohol in wild type flies and in mutant lines with putative disruptions of GABAB receptor 1 or 2 subunit genes. The results indicate that the GABA-B receptors are indeed part of a complex mechanism that result in alcohol induced behavioural changes. The data support the usefulness of the <em>Drosophila model and the need for further investigations.

No conflicts of interest. 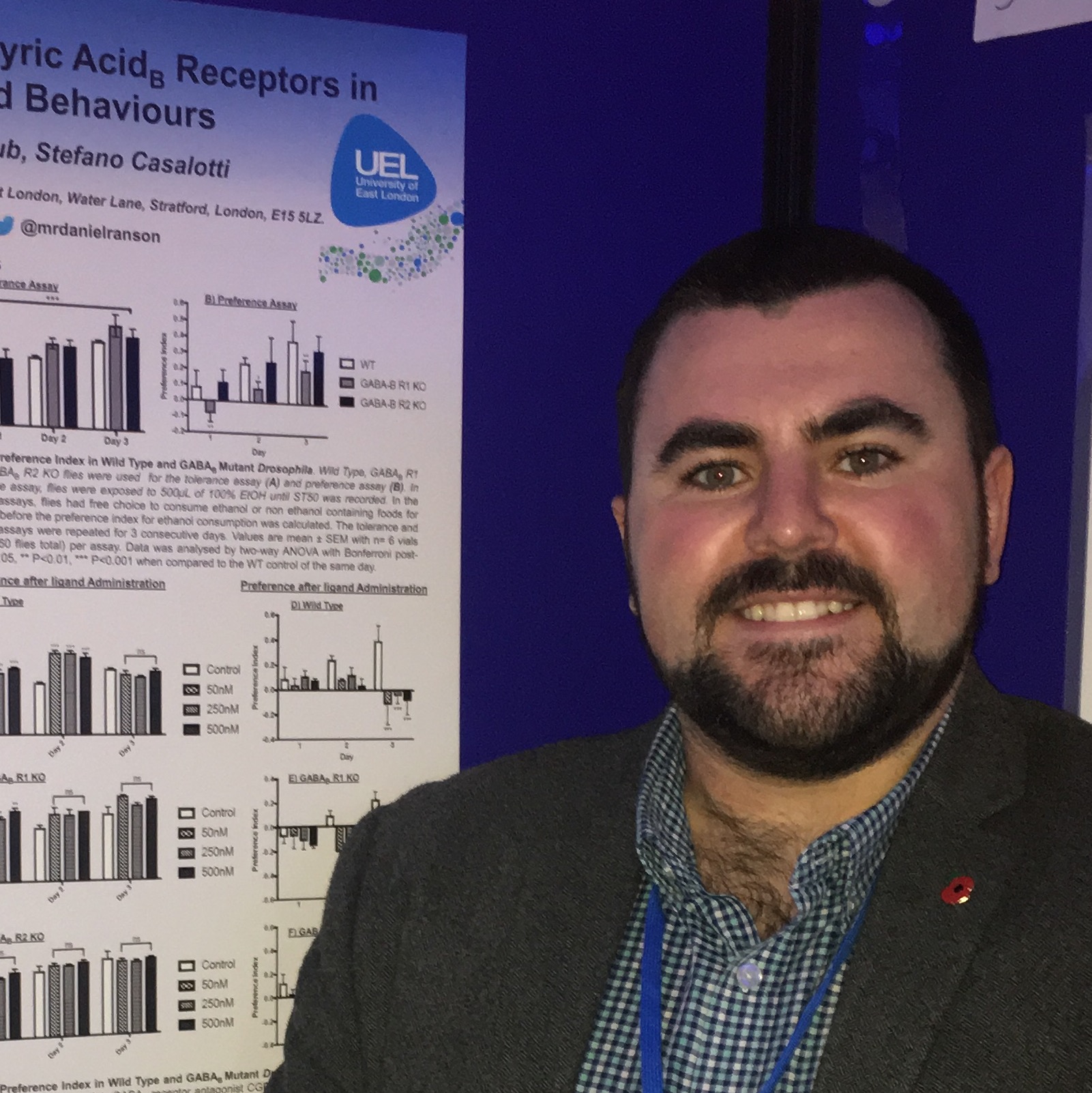 
Daniel is qualified HCPC and IBMS registered Biomedical Scientist after graduating from the University of East London with a 1st class honour degree. After a brief period working in the Royal London Hospital, Daniel focussed and specialised in identifying the molecular mechanisms of alcohol related addicitve behaviours in the Drosophila melanogaster (fruit fly) by completing a Master of Research degree (MRes) at the University of East London. Daniel was generously awarded a PhD studentship from the Society for the Study of Addiction in 2017, and he is currently building upon his MRes work by undertaking a PhD under the supervison of Dr Stefano Casalotti. Daniel is focussing on contributing further to understanding the molecular mechanisms of alcohol related behaviours in the Drosophila melanogaster.