Suicide and suicidal behaviour in alcohol use disorders

Suicidal behaviour and alcohol use disorders have a complex interaction, with many aetiological and phenomenological similarities. Each definition covers a spectrum of behaviours, with a broad phenotype, and complex biological, psychological, social, and cultural aetiological factors. People who misuse alcohol or who engage in suicidal acts are often treated with hostility by those around them (including those who work in health services), perpetuating the isolation and stigma that they often feel. At the same time their stories provide seemly endless opportunities for comment and analysis in the media, arts and literature.

People with alcohol use disorders are at a significantly higher risk of suicide (Wilcox et.al.,2004), and yet, in the UK at present, as suicide rates continue to fall (and are at their lowest in England since records began), there is an inverse correlation with mortality from alcohol related causes which is rising steeply.  Patients who engage in non-fatal suicidal behaviour are at sixty-times increased risk of death by suicide than the general population (Owens, et.al., 2002), but a recent 7-year follow-up study found that the mortality from alcohol related causes accounted for as many deaths at follow-up as suicide (Sinclair et.al., 2010).

One hypothesis is that the gradual reduction in suicide nationally has less to do with the implementation of successful suicide prevention strategies, but the impact of increased alcohol consumption at the population level, and the impact that this might have on pathways to suicide. 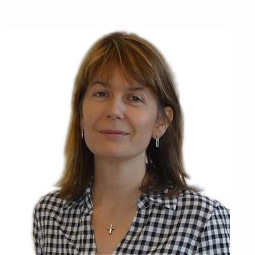 
Julia Sinclair is Professor of Addiction Psychiatry in the Faculty of Medicine at the University of Southampton, and honorary consultant in alcohol liaison at University Hospital Southampton.

Her priority is to improve outcomes for patients with alcohol use disorders (AUD) and co-morbid physical and mental health conditions by research, teaching, policy, and clinical practice

Her clinical roles include developing an integrated alcohol strategy across local services, offering direct clinical care, and since April 2020 has been the National Specialty Advisor for Alcohol Dependence to NHS England.

Her primary research aim is to conduct clinically relevant research into the harms of alcohol use, specifically the impact on clinical outcomes in terms of prevention, engagement and response to treatment. She also has a long track record of teaching and training health professionals and is Chair of the Addictions Faculty of the Royal College of Psychiatrists.