The association between speed of transition from first to second use of cannabis and later problematic cannabis use, abuse and dependence

Abstract: Aims: Test whether a faster transition in early substance use – specifically the speed of transition from first to second use of cannabis – is associated with increased likelihood of later cannabis dependence and other problem-use outcomes.

Method: From an epidemiological study of 3824 Australian twins (mean age at time of survey = 31.2 SD = 3.0, range 21-46), 2248 participants who had reported using cannabis more than once were asked about the speed of transition from first to second use, and about their later use of cannabis and symptoms of cannabis abuse/ dependence. Regression analyses adjusted the association between speed of transition and the outcomes of cannabis daily use, abuse and/or dependence, and treatment-seeking after controlling for socio-demographic, childhood, mental health, peer and licit drug factors.

Conclusions: Rapid transition from first to second use of cannabis is associated with increased risks for frequent cannabis use and for cannabis abuse/dependence. These findings suggest that early substance-use patterns can help identify those more likely to develop problems later on, which has potential utility for targeting prevention interventions. 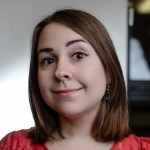 
Lindsey A. Hines completed her PhD in Psychiatric Epidemiology (National Addiction Centre, King’s College London) and is a Sir Henry Wellcome Postdoctoral Fellow in Population Health Sciences at the University of Bristol, UK. Her research expertise is in the epidemiology of drug use, with a focus on the causes and consequences of use during adolescence. Her fellowship explores the pathways between early life experiences, frequent drug use in adolescence, and mental health problems in later life. By conducting complex causal inference analysis of large, longitudinal cohorts, she aims to produce work with practical utility for informing mental health intervention.