The barriers that prevented me from addressing my alcohol dependency for twenty years - And how Soberistas.com seeks to address these

The barriers that prevented me from addressing my alcohol dependency for twenty years – And how Soberistas.com seeks to address these

A major barrier that stood between me and seeking help to put an end to a twenty-year long period of heavy drinking was that I never perceived myself as an alcoholic. I was just a normal woman who ‘enjoyed a drink’. Except that I had no off-switch and I almost always ended up passing out or experiencing blackouts whenever I drank.

I set up Soberistas.com, a social network website aimed at women with alcohol dependency issues, eighteen months after I quit drinking because none of the help that was on offer at the time appealed to me. Core elements of Soberistas are its non-judgmental and non-prescriptive ethos, its non-religious stance and its positive approach towards being a non-drinker.

Research into the efficacy of Soberistas has been underway for the last few months – we have been working in partnership with Dr. Julia Sinclair of the University of Southampton in an effort to identify the factors that are behind the appeal and success of the website. With 34,000 registered members, we are witnessing a large number of people drawn to Soberistas, and many of these have quit drinking alcohol as a result of their interaction with the online Soberistas community. 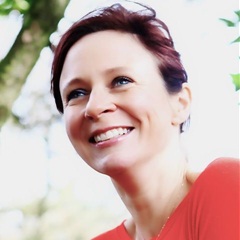