The Youth in Iceland Model in Dundee: Tessa Parkes and Hannah Carver talk to the SSA

The Youth in Iceland Model is a prevention model based on the experiences in Iceland in the 1990s. A multidisciplinary team is now using this model to work with young people in Dundee (see the main project page). The SSA spoke to Dr Tessa Parkes and Dr Hannah Carver about their work on this project.

“In the 1990’s this was implemented across Iceland and they’ve seen dramatic decreases in substance use. Young people now start to drink alcohol aged 17 or 18, whereas before they were starting aged 13 or 14.”

SSA: What is the Youth in Iceland Model?

HC: “The Youth in Iceland Model, now called ‘Planet Youth’, is a community-based prevention approach that focuses on substance use but is also about wider risk and protective factors. It was developed in Reykjavik in Iceland in the 1990s in response to high numbers of young people using alcohol, tobacco and drugs. Researchers, politicians, family members, community members and teachers all came together and thought ‘well, we need to do something about this problem’ and they developed this intervention based on the theory of natural highs.”

“This approach involves helping young people do something that moves them away from using substances and provides other opportunities. There’s a real emphasis on recreational activities and sports which are funded really well. Parents and young people are encouraged to spend time together, they make pledges to have family time together during meals etc. In the 1990’s this was implemented across Iceland and they’ve seen dramatic decreases in substance use. Young people now start to drink alcohol aged 17 or 18, whereas before they were starting aged 13 or 14.”

“So we came across the Youth in Iceland Model and thought ‘well, Scotland still has significant issues with young people using alcohol, tobacco and drugs at quite a young age, so there’s a lot that we can learn from this in Scotland and Dundee.”

Is the model still running in Iceland or has it become embedded in normalised behaviour?

HC: “Yes, so now it’s pretty much how they do things. It’s not seen as a project, it’s seen as a way of schools and communities working. They run surveys every couple of years where they collect data about risk and protective factors, and they take that information and put interventions into place depending on what’s needed in local communities. Now it’s in 32 countries around the world, and has been adapted so that it fits with local contexts and cultures.” 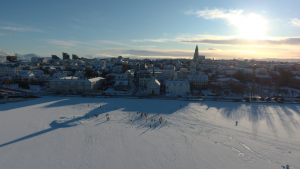 Are you planning to apply similar principles in Dundee? What local contexts are you looking at there?

TP: “We’re focusing on Dundee because the Dundee Drugs Commission met for about 18 months and one of the members of the Commission was an affected family member, Pat Tyrie, and I sat on the commission as well. There was a great belief within the Commission members that working on early interventions and upstream issues were important, as well as the downstream issues around people taking their lives and overdoses.”

“It’s a knowledge exchange project taking evidence from elsewhere and applying it to a city that has major problems with substance use and other issues. We pulled together a group of multidisciplinary colleagues as well as a representative of young people; our artist, Millie Strachan. It was really key to us to get Leisure and Culture, education, police, third-sector organisations, local media, public health, family members and the local Alcohol and Drug Partnership involved. For us it was all about getting a group of people together who would be well placed to implement the model if the group felt that it was something that connected with them and the city. It wasn’t about us saying ‘this fits Dundee’, it was about asking the question ‘does this potentially fit Dundee’?”

“It was then up to the group to interrogate the evidence from Iceland. We hoped that the evidence would also come from those 30 other countries too that Hannah mentioned, but we actually found that there was virtually nothing written up anywhere other than in Iceland. So, many countries have implemented the model, but have not written about it. That’s mainly because it’s service professionals and governments that are implementing, but they’re not evaluating the work in the same way that we would want to in the UK, or as Iceland’s done. This leaves a big gap in what could be learned. So really, we could only learn from Iceland, and their transition was a couple of decades ago.”

“A small group of people went to the Planet Youth conference in Iceland last March (2020) and, whilst there, we got to hear from all the other countries that were implementing the model in a conference setting”.

“There’s also a lot of wrap-around support, so that it becomes like an extension of the school day…. The parent is basically out at work, the young person is at school, does their activities, and then goes home at 5pm when the parents get back.”

So, although the model follows the same principles as in Iceland, the actual interventions are going to be different based on local circumstances. How might the model be different if implemented in Dundee, compared with some of the other countries?

HC: “A lot of the things were already in Dundee, particularly around sport and recreational activities, so ensuring partnership working would be key. Dundee also has a very strong arts background. Actions would obviously be based on data from the surveys with young people but we’re already able to identify a lot of good activities that could be built upon.”

TP: “Yes, the idea is that regular surveys take place with the young people and the data from those surveys should direct the activities. So, you’d never guess or just implement what happened in Iceland. It’s really about doing the surveys first with cohorts of young people and then drilling down into exactly what the data from those young people says. In Ireland where the Planet Youth has been adopted in some areas, this resulted in actions that were around sleep and screen time, not substance use.”

“It’s really about asking the young people about a whole range of factors, it’s a long questionnaire covering risk factors as well as resilience and protective factors. So, until we’ve asked the young people, we don’t really know what the menu will be. But the model does speak about, as Hannah says, diversionary activities such as sport. There’s a whole range of things that people would choose from like art, music, drama, it’s not just football.” 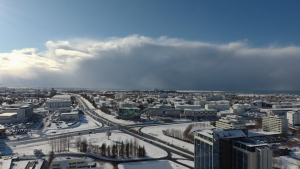 What part do role models play in the project?

TP: “Role modelling and mentoring is really important. It’s not just the activity, but it’s having somebody available, an adult that’s interested in that young person, that connects with that young person. It’s a safe adult outside of the family home. And it’s that relationship that enables the young people to make connections with other young people as well as adults. So, if things are difficult in a family home there is somebody else to go and speak to.”

“Issues around family factors are picked up in the film [of the trip to Iceland]. It’s about parents spending time, not just quality time, but quantity and quality time with the young person. So, eating together and spending time together as a family. That can feel a bit moralistic, but they’re actually saying that it’s knowing where your kids are, it’s taking that active interest in their wellbeing, where they are, who they’re with, and that means getting to know other parents and other groups of parents that are involved with the young people. Many of the people we’ve been speaking to in Dundee have said that the family side of things has been the secret ingredient.”

“The young people will say what they really need, and then it will be up to the multiagency partnership in each of the cities to consider what that means for planning and commissioning.”

What are you doing to make sure that this work becomes embedded into everyday practice?

TP: “So we’ve been really clear that the success of our project would be if was it taken up and if people still want to talk about it together. And they do, partly because the model itself has real traction for Scotland for people who have looked in depth at it. I think the fact that we made it a collaborative enquiry, and then we kept extending that so the group got bigger and bigger as we thought ‘we need this person in and we need to think about this’.”

“We are now stepping away from the organising and are not going to be closely involved in those next steps. The work will continue with the multi-agency partnership that we pulled together and which has been joined by an organisation called Winning Scotland who have also been really interested in the model for a few years. They are now working with several cities and health board areas to do pilots of the surveys in different areas of Scotland.”

“What happens next is down to the data, and down to each of the schools piloting the survey. The young people will say what is going on for them, and then it will be up to the multiagency partnership group responsible in each of the cities to consider what that means for planning and commissioning to address the issues that arise.”

Where can people look if they want to know more about your project or at the Youth in Iceland Model more generally?

HC: “We’ve made quite a lot of creative outputs including a film and comics and these can be found on the SSA website and then the Planet Youth website. Obviously, we are happy for people to get in touch with us if they have questions or anything about the work that we’ve done.” 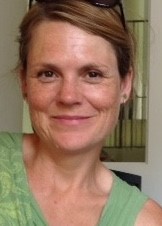 Dr Tessa Parkes is the Director of the Salvation Army Centre for Addiction Services and Research (SACASR), University of Stirling 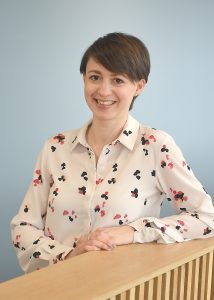 Dr Hannah Carver a Lecturer in Substance Use at the University of Stirling and Deputy Director of SACASR.